For the crafts section each team took turns making a dartboard. We used different floored pieces of felt to make different score sections and markers for designs. Instead of darts, the object thrown at the board would be a hallow golf ball with Velcro stuck on it. When the Members finished making their craft they would play with it until every one at the station was finished. Then they put their crafts in a bag that they would take home at the end of the day. The next activity was judging. Here, there were four classes to be judged. The classes included activity balls, chocolate covered granola bars, pretzels and calculators. Each person would place each class, but only give reasons for two of them. 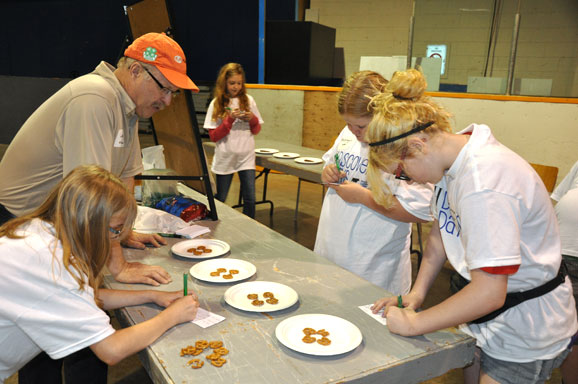 My favourite activity were the icebreakers. The first game we played was a memory game where you had to give your name, your hobbies, what county you were from, and what you favourite Clubs were. After every one had said something about themselves you had to choose someone and repeat what he or she said. We then played volleyball. Each team had to keep their foot on the mat and pass the beach ball three times before hitting it over the net. Of course like every other Discovery Days the Members also played Jeopardy. The categories included: 4-H is 4 You, Know You Cows, What Goes In, What Comes Out and more. Here, each team broke into two groups, and they had to face each other. Another traditional activity we played was Go For The Gold. The different modes were multiple choice, short answer, who, what, or where am I, and one on one. This year of course, was mainly about sports. The special activity this year was paint ball. We learned what types of games you could play in paint ball such as capture the flag. Zombie village, World War 1, and much, much more. We then took turns shooting a rusty metal target named John, which had a orange smiley face on it. When every team had finished at each station, we all had a relay obstacle course. It had skipping with a hool-a-hoop, spinning around a pool noodle, and filling up a bucket with a sponge full of water. Then all the kids and Leaders came together for a photo and the day was over. Even though this was my last year for Discovery Days, next year I can look forward to new and different camps. 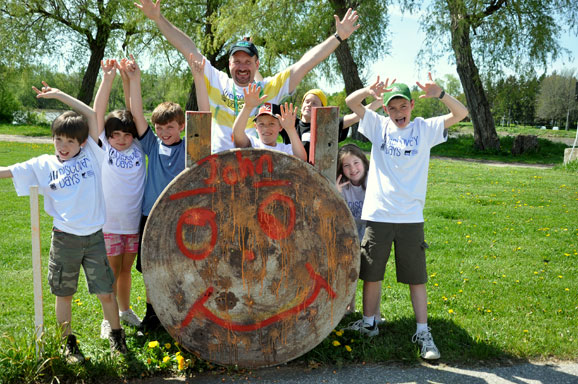 Paula has been a 4-H Member for three years. She has completed 12 projects including Foods, Judging, Conservation, Scrapbooking, Horse, A Sporting Chance, and Toastmasters, just to name a few.