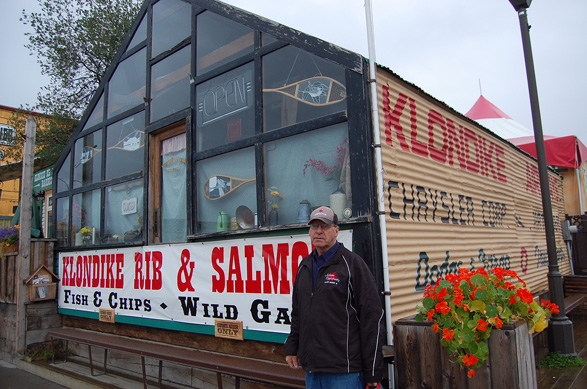 Robert in front of the Klondike Rob and Salmon

“The locals start lining up at 4 p.m. to be sure to get a seat. The food was very good. The rafters were full of tools and instruments used in the gold rush.” Why did you choose the Yukon? We were choosing between the Yukon and Newfoundland for our trip and knew we wouldn’t have to worry about hurricanes if we went north west! 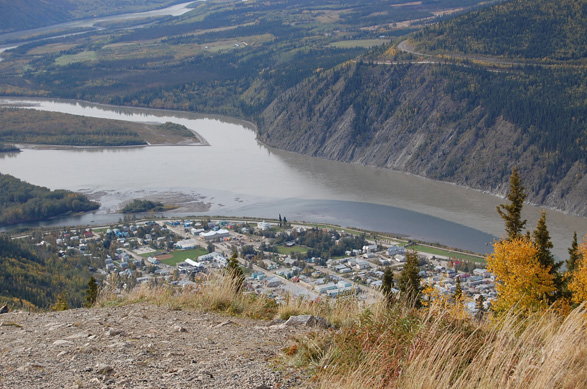 A spectacular view in the Yukon

How long did you go for? We left in late August and were gone for 12 days. We flew from Toronto to Calgary and then on to Whitehorse. 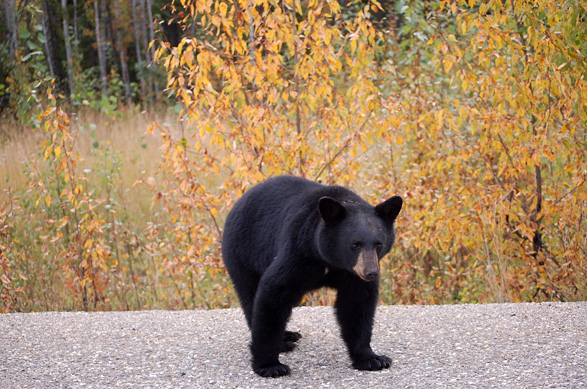 “The biggest animal we saw was a black bear on the road while driving. By the end of the week all the trees had turned yellow. The red on the mountains is lichen or bushes – lots of rose bushes with huge rose hips (great bear food).” What was your favourite part of the trip? It was a wonderful trip. We had a number of favourite parts of our trip. In Whitehorse the salmon were spawning on the Yukon River and they have the largest wooden fish ladder in the world – 400 yds (366 metres) long. It lets the fish bypass the power dam. They have a window that shows you what are going through the ladder and actually do a count of all the species going through and whether they are stocked fish or wild fish. We also took the White Pass Yukon Rail train from Carcross thru B.C. to Skagway Alaska and back (see picture below). The train goes along the trail that the goldminers would have gone on the Chilkoot Trail in 1898. The scenery is breathtaking. 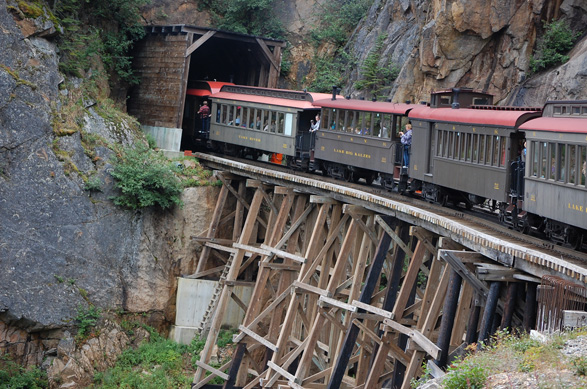 “The view down was bordering on breathtaking to just downright scary!” We rented a car and went as far north as Dawson City. We had a walking tour of the town and visited Dredge #4. The dredge is what leaves the mounds of ground leftover from searching for gold. We also went to the site of the original gold strike – it’s owned by Parks Canada. 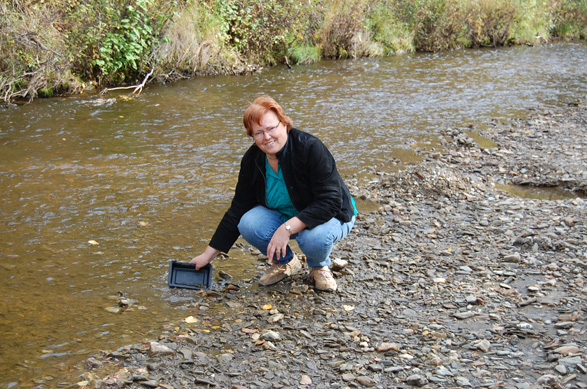 “Everyone is welcome to pan for gold on the Bonanza Creek. It’s actually been mined several times by several different methods so no we didn’t find any gold.”