Who knows what they want to do for the rest of their life at the age of 15? As crazy as it sounds, I did (or at least thought I did). Still, when a friend asked if I wanted to go with him to this conference called “Career Sen$e”, I couldn’t help but say “sure, why not?” I wanted to be a vet and someday attend the University of Guelph − the location of the conference! I thought I’d take this opportunity to see what campus was like while, at the same time, spend some time with my friends who I rarely see throughout the year. So a couple of month later, we made our way to Guelph, unsure of what to really expect. We read all the information sheets and I have to admit, it sounded like careers class − which was another word for boring for me. But, when the GPS told us we had “reach our destination” we got out with three nights worth of luggage and registered with the adult volunteers who were helping with the program. I looked around where we and over 30 youth were sitting, not knowing a soul with the exception of the two guys beside me.

I got to know more people in an hour than I did in the past six months!

Boy did that sure change! After just a few icebreakers, I got to know more people in an hour than I did in the past six months! During fun games, delicious meals, and the group sessions, everyone got to know one another, whether you meant to or not. 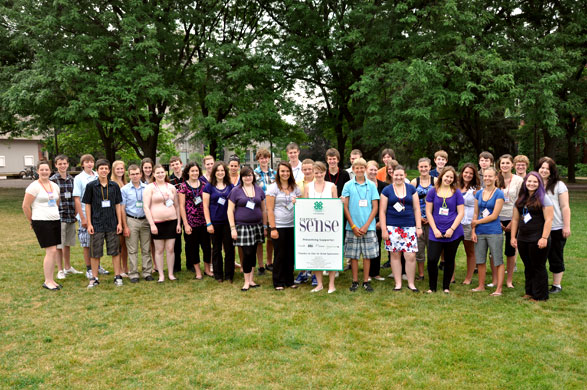 It wasn’t all about the other people though. Through a wide variety of sessions including resume and cover letter writing, selling your assets, public speaking, goal setting, interview practice and especially the “True Colours: exercise, we got to learn more about ourselves such as our strengths, weaknesses, likes, dislikes, and much more which gave us knowledge about what we will be like in the working world.

Career Sen$e was no doubt the highlight of my summer.

Career Sen$e was no doubt the highlight of my summer. First of all, I got the tour of campus which I was waiting for, but also, this four day camp/conference taught us so much about the working world. Everyday we had speakers and presenters come in to talk with us about different subjects including resume writing, interview tips, and the differences between university, college and apprenticeship programs. These presenters were full of energy and made learning entertaining by including group workshops and interesting information.They even had us learning about agriculture while running around campus in the “Agmazing Career Race” where we got split up into several groups for a scavenger hunt. At the end of each day, we also got downtime where we watched movies, played cards, or whatever we wanted to do before heading off to our dorm rooms for the night. 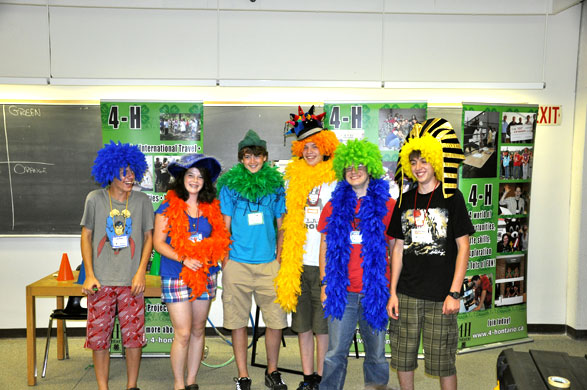 Derek, third from the left, and fellow delegates learn about the right career for them in a silly and fun way

So if you’re in between the ages of 14−18 and you need something to do this summer, check out Career Sen$e. Even if you’re like me and think you know your career path, take, or better yet, make a friend at the conference. You’ll have knowledge, friends, and memories to last a lifetime and at the same time, be one step ahead of the guy sleeping next to you in careers class. Derek VanDeWalle has been a 4-H Member for five years. He’s completed six projects including Dairy and Community Involvement.