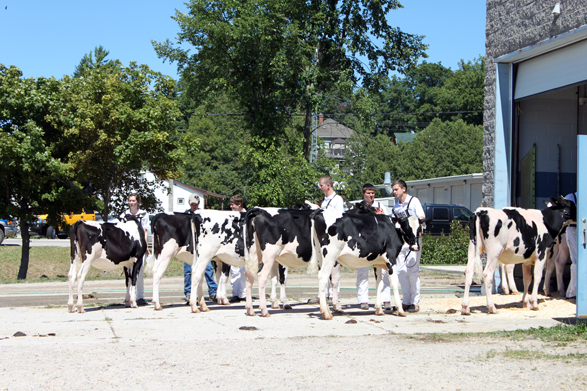 Exhibitors lining up before entering the ring

This year, the show had exhibitors from 14 different counties, some competitors driving three hours to attend. Two friends, Greg Fuller and Matthew Finch, from Dorchester area, got up at 3 a.m. in order to load their calves and be on the road in time to show. Greg and Matthew agree that the early morning was worth it. “There is a big hurry to get everyone ready and then pressure to perform well in the show. It can be stressful but it’s a rush – a good rush,” Matthew explains. The general consensus among exhibitors is that the show is both a great learning experience and a fun event. Landon Smith, a Perth 4-H Member, certainly enjoys the show. “I have lots of friends who show dairy cows, so the show is a bit of a social event for me, and I like competing,” he explains.

The best one-day show possible where everyone was glad to have been there.

The show provides a learning experience that goes beyond just getting the chance to show. “The local Lucknow Dairy Club is involved in the setting up and the clean up of the whole show.  So they are learning a little about volunteering and organizing. Often some of the Members continue to help out with the show after their 4-H years are completed,” one of the show organizers, Perry Van Osch explains. The show organizers invite an official judge each year that has strong showmanship skills to judge the competition. This judge takes the time to speak with each of the exhibitors on what they can do to improve next time they go into the ring. The show takes place early in the show season to provide feedback to 4-H Members. This gives them a chance to build on their skills so they can become stronger competitors later in the season. 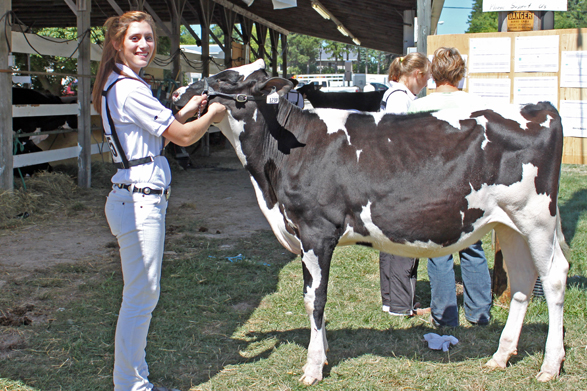 One exhibitor poses with her project heifer 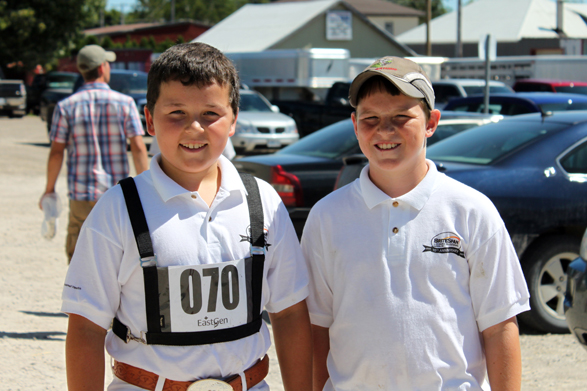 Two competitors in their whites

All in all it was a good day for everyone. “The committee just wanted to put on a good quality 4-H show and have been blown away with the results of the numbers attending, the feedback and the number of counties that have been represented to this date,” Perry explains.  With yet another successful show finished and all exhibitors having learned something new, I think its sufficient to say that the 10th annual BRITESPAN 4-H Dairy Invitational Show was an excellent event! Click to view more photos from the show.