Mel and Shirley Chamberlain are the lucky grand prize winners of the 4-H Ontario Dream Dinner Lottery (LOTTERY LICENSE #M644571 LICENSEE: ONTARIO 4-H COUNCIL). When I interviewed Mel about winning the grand prize I also learned about his interesting 4-H history including his career and how he met his wife, Shirley. Shirley also joined the conversation and took a couple minutes to add a few details to their tale. Read their story below, as they go from square dancing to world-travelling. __________________________________________________________________________ Mel and Shirley grew up in Peterborough County and were both 4-H Members from the time they were 12 until they turned 20, however, at the time they weren’t familiar with each other. “I believe that we were only ever in one Club together, a Grain Club in 1960,” Mel explains. “We met, but we didn’t really know each other, there is even a group photo of the Club from 1960 and we’re both in it,” adds Shirley. Mel and Shirley also both became 4-H Leaders. Shirley certainly had her hands full running up to five 4-H Clubs at once, including Veterinary Clubs, Bread Clubs, Life Skills Clubs and Horse Clubs. After they left the local 4-H program, Mel and Shirley both moved out of the Peterborough area. Mel finished school and started working for the Ministry of Ontario Agriculture and Food in Wellington County, a career he says was jump-started by his 4-H involvement as a kid. “Essentially I was the 4-H Co-ordinator. Part of my job required working closely along side 4-H Leaders, so I guess you could say I was never too far from the program,” Mel explains. “With [Mel] being such a big part of 4-H, and me running so many Clubs, it’s really amazing that we hadn’t crossed paths at some point or another,” says Shirley. Mel and Shirley both met their spouses, married, and settled down, each having three children of their own; all six of them would later become 4-H Members as well. Years later, after both of their respective spouses had passed away, Mel and Shirley met once again while square dancing. “We decided to be square-dancing partners,” Shirley explains, “and we still square dance together today.”  Mel and Shirley have been married for two years and live in the quiet community of Markdale, Ontario.

There is no doubt in my mind that 4-H is the most important activity I have ever done, it has directed my career and my life

Both retired from their 4-H involvement, Mel and Shirley are still avid supporters of the program. “We still attend the 4-H shows that go on at the local fairs, and we like to make donation here and there,” Mel explains. In fact, one of the ways that Mel and Shirley donate to 4-H is by buying a Dream Dinner Lottery ticket, a donation they have made since the lottery first started. Lucky for them, this year Mel and Shirly were the grand prize winners claiming the prize of “Dinner for Two Anywhere In the World”. 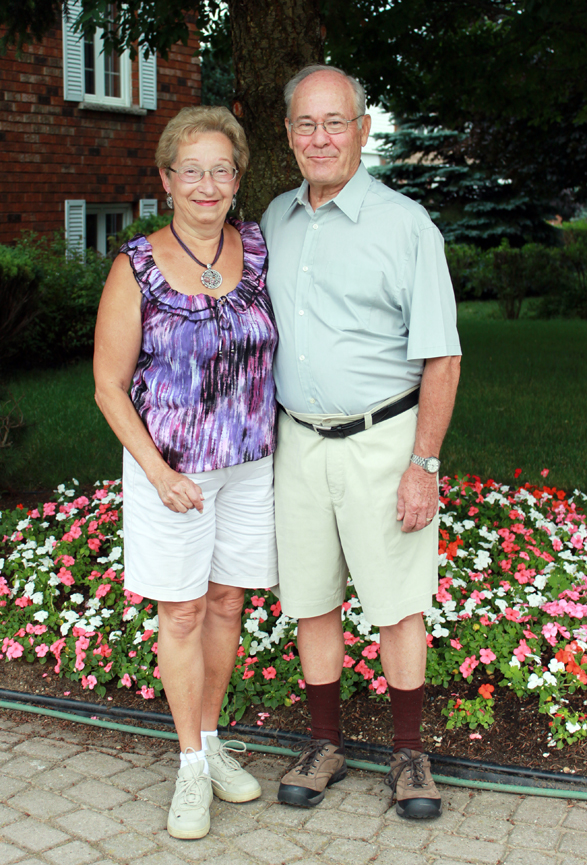 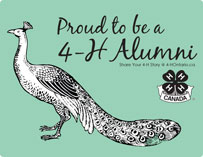