Region 4 Go For The Gold Competition 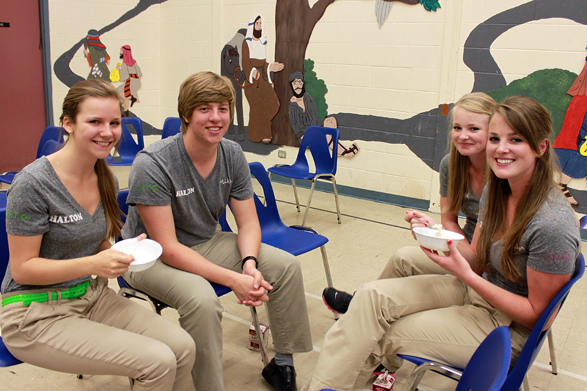 The competitors aren’t the only ones who have fun. Some of the questions and responses had the audience laughing along with the judges and coaches. Coaches travel with the teams to provide mentoring, pep talks, and to keep track of the scores. “We come to keep a positive vibe going in the team,” Raymond Wilson, coach of the Hamilton-Wentworth team, explains.  Carol Pollock, one of the co-coaches for the Wellington team, explains, “I get a satisfaction in hearing our team answer the questions correctly. Just to know that they learned something and retained that knowledge and now are using it in the games. It’s a good feeling”.

It’s a friendly game and gives Members a chance to learn a bit about other Clubs and meet and interact with people from different counties.

4-H Ambassador Samantha Klaver was also at the Region 4 Go For The Gold competition. Samantha was asked to attend the event as a 4-H representative and help keep score for some of the games. Samantha has competed in Go For The Gold competitions for several years and helped with the Huron and Perth Association competitions earlier this summer as well. “I think these competitions are great because it’s a friendly game and gives Members a chance to learn a bit about other Clubs and meet and interact with people from different counties,” she explains. 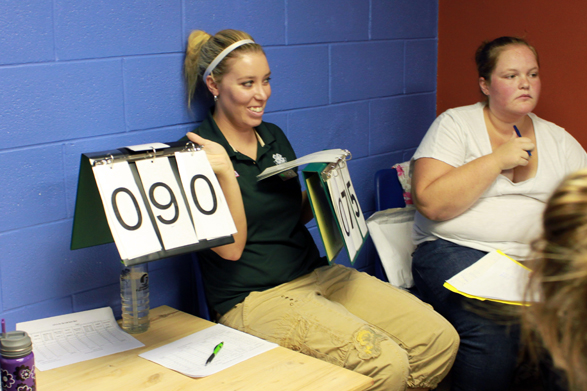 After four rounds of games, the final match came down to two closely scored teams: Haldimand and Wellington. After a close match, with both teams quick to hit their buzzers, the Haldimand county team eventually won. The Haldimand team, an all-family team comprised of four siblings and one cousin joke that they might have had an advantage going into this competition. “Because we are all related and have been around each other for so long we know how each of us thinks and which of us knows what. We also push each other to do better and are supportive of one another at the competitions,” one of the team Members, Nicole Huitema, explains. In preparing for the competition the team, also knows as the Huitema family, had a unique approach. “We would study together, each of us taking two or three of the manuals to study. That way, between the five of us, we covered everything,” another team Member, Stephanie Huitema, explains. After all their hard work, the win was well deserved. The Haldimand team will go on to represent Region 4 at the provincial competition at the Royal Agricultural Winter Fair in November. Click here to see more photos! 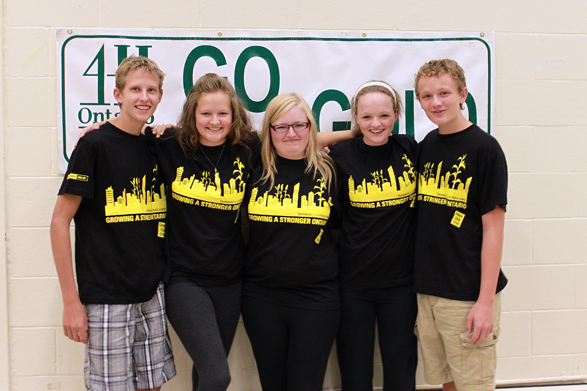 The Haldimand team, the winners