4-H is a family affair for Jim Jenkins

By Ryan Métivier It was 1960 when Jim Jenkins first joined the 4-H calf club. Today he attributes much of his career success to these early years in 4-H. He has also seen nearly his whole family become involved along the way, including his uncle, all three siblings and their spouses, both daughters, and all of his nieces and nephews – two of whom are now leaders themselves. A member of the Belmont Calf Club for seven years, Jenkins also joined the Elgin County Swine Club for three years. After graduating from 4-H, he worked for a year with the Ministry of Agriculture, before returning to 4-H as a leader for the next 13 years. 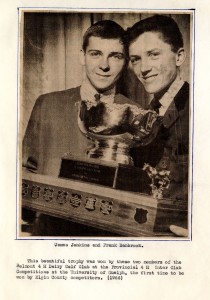 Jenkins was a leader in his county, part of the 4-H Leader’s Association and active in Junior Farmers where he was Executive Director for several years. He won an OMAF-sponsored travelling scholarship for four Ontario Junior Farmer members to do an exchange with Young Farmers in Northern Ireland, Scotland, England and Wales. It was an honour that his brother Dave and one sister Jean also won. An active member in the Holstein Club, Jim was also an official judge for several years. “I was passionate about genetics and Holstein cattle, and judging was something I really enjoyed,” says Jenkins. Jenkins and a fellow member used to attend the Ontario 4-H Judging Competition at the University of Guelph, and won the Ontario Judging Championship. Judging, giving your reasons and showing were all things Jenkins loved, but what he later saw was that all of these things were helping him to develop other skills that he didn’t even realize at the time. “4-H allowed me to work on committees with people who weren’t in my school and this expanded your horizons,” he says. “By working with various people on committees, I learned about parliamentary procedure.” Parliamentary procedure would prove to be a useful skill, for Jenkins’ current role, as Deputy Mayor for Malahide Township, to which he was elected three years ago. The position also helped him become a part of the Elgin County council. “When you’re judging a class of cows, your first instruction is to stand back and take a look at the whole class as they parade in front of you. This is sort of a connection to working with a municipality,” says Jenkins. “You have to take a look at the big picture first, rather than just the small item, where changing that may impact other items in a negative way because there may be consequences that you don’t see.” 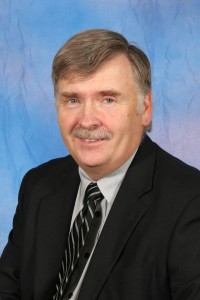 A retired dairy farmer since July 2011 who was milking 100 cows, Jenkins has had other career success along the way, including being the Past President of Western Ontario Breeders, Past Chairman of Ontario DHI and working for OMAFRA. Today Jenkins counts many people in his life as those he’s met through 4-H or who have 4-H connections, including four of the nine members of his county council who are former 4-H members. “Some 4-H members I started off with are now neighbours. Some have moved away, but I’m involved in a church committee with a fellow who was my former 4-H leader and I curl with my other former 4-H leader. All of my family are 4-H leaders and my sister Nancy has been a 4-H volunteer for close to 30 years. It’s just part of our life.”