By Ryan Métivier Roger Pommainville had a unique 4-H experience growing up in Russell County, being a part of what was one of, if not the only Cucumber Club in Ontario. With several cucumber growers nearby with contracts with Bick’s Pickles in Montreal, there were two sorting stations in the area for pickle companies. Many of these growers were involved with a lot of small producers. “As in any other crop club, we learned how to grow cucumbers as well as visiting the grading station for Bick’s Pickles which was installed in Limoges and other growers,” says Roger. 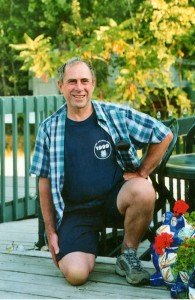 Members also learned how to present an exhibit of around 10 mid-size cucumbers for uniformity, size and healthiness of the specimens. One of Roger’s fondest memories was winning the trophy for his exhibit in 1966, which was awarded by Bick’s. In addition to being a member of the Cucumber Club, he was also a member of dairy and crops clubs. Roger spent his time in 4-H during the 1960’s in a variety of roles, being involved as a secretary, news reporter and president. But his time with the 4-H program didn’t end there as he returned in the late 80’s and 90’s as a volunteer leader for his own children once they joined in Prescott County. During this time he was also a part of the Prescott County Leader’s Association. Roger was also involved as an instructor from 1972-78, when he became an Assistant Ag Rep in Russell County with OMAF–back when Ag Reps were in charge of the 4-H clubs and were the main instructors. Roger credits the 4-H program for teaching him the skills needed for working in teams and groups, as well as helping to prepare him to give public presentations during judging, as well as meetings and leadership trainings. “The skills learned in 4-H helped me in all the different positions I held in my life,” he says. Roger’s life outside of 4-H has included positions as a Communications Officer with Ag Canada at the Central Experimental Farm in Ottawa, teaching an agricultural co-op program to high school students, work in OMAFRA as a milk quality and community advisor, and his current role as an interpreter at the Civilization Museum in Gatineau. He was also involved in organizing three French leadership camps held at the Alfred College from 1996 to 1999. 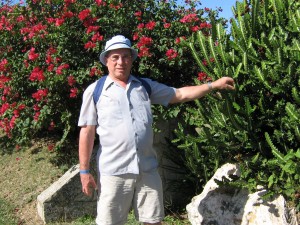