Submitted by: Matt Hill Manitou 4-H Club is back again….just a generation later. On Sept 9, 2017  members of the Manitou 4-H Club participated in a float for the Manitowaning Fall Fair. Each brought something to decorate the float with , but it had to represent a project that  was available in 4-H, such as campfire for their winter wilderness project, or a drill to represent a woodworking project. We also had several things to represent Canada 150 which was the theme of the parade. To add to that, the members would sing O’ Canada several times during the parade. On the float was also a quilt that was given to one of the members grandmother when she was in 4-H about 50 years ago. It was made by her club members and signed by each member. What a treasure! As a result of their efforts, the float won first prize which they were very excited about. 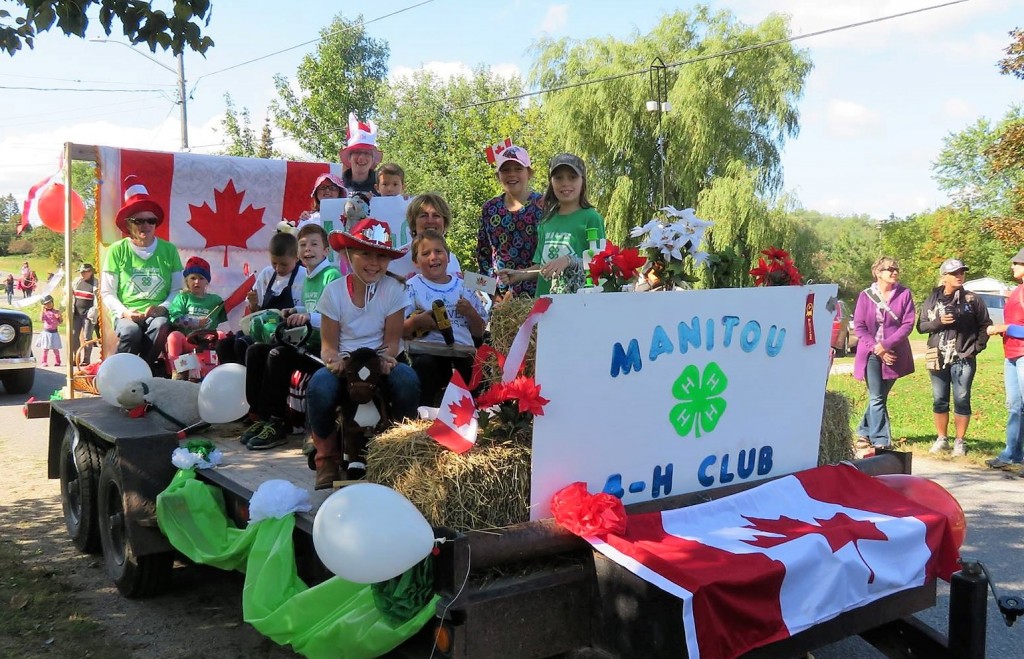