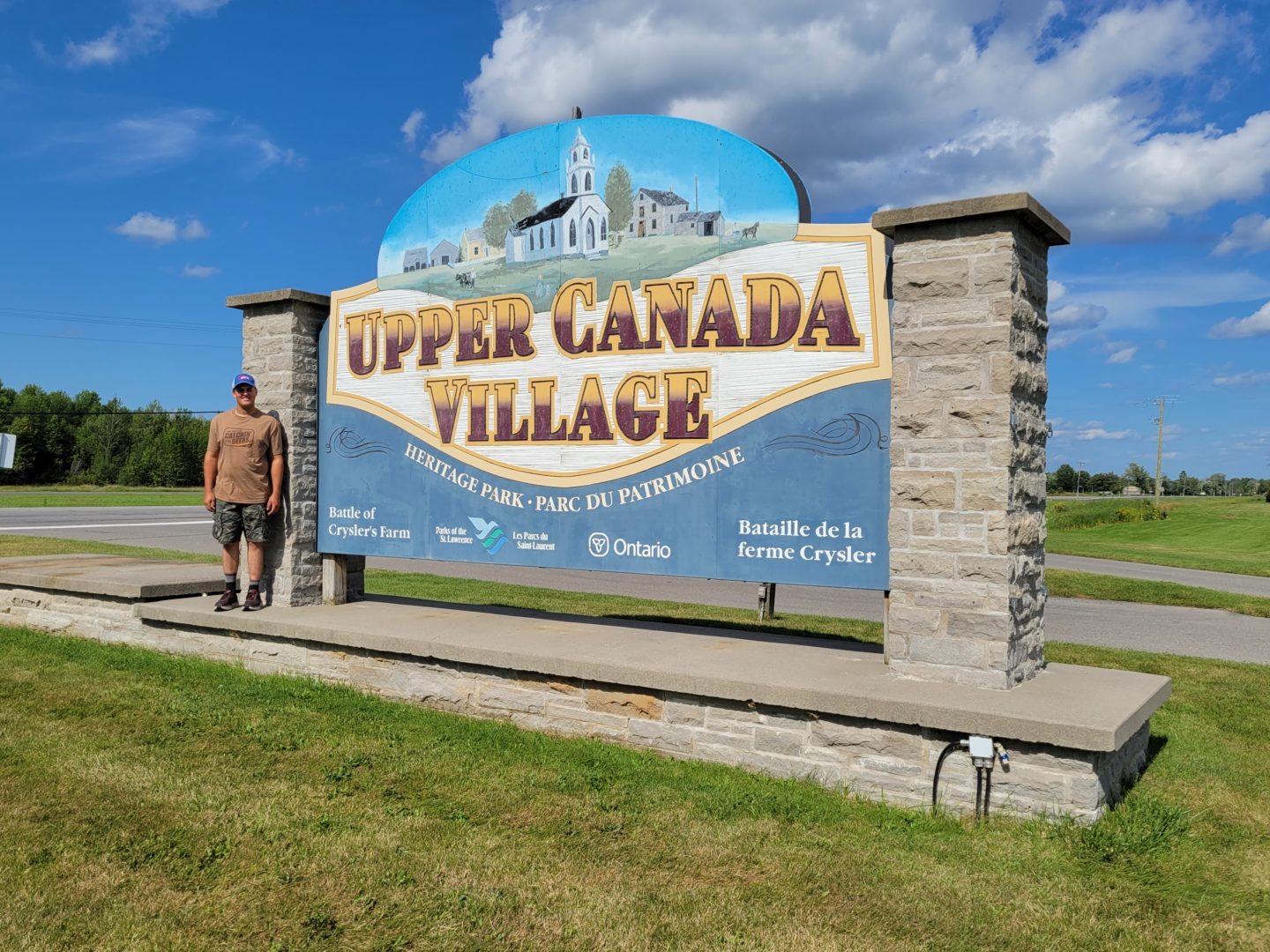 Hi! My name is Dougie Robinson and I’m one of 4-H Ontario’s 2021 4-H Ambassadors.  This month our blog topic is Farming History! These are two of my favorite topics – FARMING & HISTORY combined into one!  I absolutely enjoy everything about farming and digging deeper into its history is even more fun.  I am the fourth generation on our family farm, and we just celebrated our 100th Centennial in October 2020.  Over the past 100 years our family farm has changed in so many ways with evolving technologies, including milking equipment, land and crop improvements, animal genetics, and machinery to mention a few. I thought I would highlight a study manual from this year’s Regional Go for the Gold competition “Farm Machinery -Tractors”.

The use of the internal combustion engine became more economical to use during war time.  It had a higher ground speed, lower cost, and only required one person to operate the machine. Gasoline, kerosene, and distillates were easier to acquire than coal, wood and water used to power the steam engine.

The Ford Motor Company developed the Fordson after identifying the need for a machine that could cultivate fields and bring crops in quicker and more efficiently than horses. The tractor was developed so young men and women could operate these machines.

Now tractors were being used to power other implements that could be attached directly to the tractor and run off the power take-off shaft. Imagine implements could run at the same speed the engine was running at? How exciting would this have been!

In 1926, Harry Ferguson developed and patented the three-point linkage system. This system would allow the operator to raise and lower implements without having to leave the seat. It would direct the weight of the implement to the rear wheels to improve traction and wheel slip.

Once three-point linkage became more common, some tractor manufacturers started to make their tractors lighter and smaller. This would assist people in rural areas as they could use their tractor to mow the lawn, grade the laneway, and help with chores.

Today’s tractors now use diesel injection engines, hydraulic pumps to power implements, front wheel assist, and electronically air-conditioned cabs. Farm tractors can now range in size from being compact and low horsepower that can help with simple chores around the farm, to large frame high horsepower that can plant and bring in the crop.

Explore the farming history around you! Keep your eye out for clues and treasures from the past in machine sheds, the family farmhouse, old fence lines, and historical places in your community.  I recently visited some historical farming landmarks here in the United Counties of Stormont, Dundas & Glengarry.  I began at Upper Canada Village located along the St. Lawrence Seaway. Here, a historical village was created from houses, businesses, and farms moved from locations along the valley which was flooded permanently to connect the Great Lakes and the Atlantic Ocean.  This expansion allowed large ships to access ports between Canada and the United States. This also opened greater opportunities for international trade of goods.  Upper Canada Village is a great tourist attraction here in S D & G.  I would highly recommend taking a tour of the village.  The village is set in an 1866 rural setting.  Here you will find farming demonstrated through gardening, growing, harvesting crops, and daily care of livestock.  Right beside Upper Canada Village you can see a steam engine and station platform that reads Aultsville Station.  The combination was moved to this location to preserve history as Aultsville was flooded.  The land where the engine and station are placed was my great grandfather’s farm.  His farm was bought out and he relocated to a nearby farm in Dundas County.  Then, not far down the road from Upper Canada Village, you come to Ault Island at Ingleside.  Here you will find a monument explaining the history of Michael P. Cook, a resident farmer of Aultsville.  In 1881, he imported two bulls and ten cows from Europe and that was the beginning of the development of the Holstein Breed in Ontario.  He would go on to become the first President elected by the Holstein-Friesian Association of Canada.  I found this to be a very interesting piece of history!